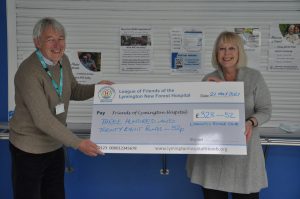 We are one of the two charities supported by Lymington Bridge Club in 2020. Normally, the Club holds a special ‘afternoon tea plus bridge tournament’ for the charities they support and have a draw at the annual Christmas Party to raise funds. Obviously, these events were not able to go ahead during lockdown as the Club has not been open for over a year.

… so they ‘kept calm and played bridge online!’

“We used a platform called ‘BBO – Bridge Base Online’, where members could chat without seeing each other, and several Lockdown Leagues with teams of 4 were in competition over 8 weeks. An entry fee was charged, and for the third round of the league in July, members were charged an additional amount for the two charities … this event raised £64 for each one. 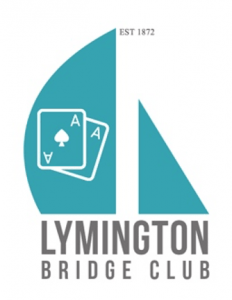 The Club also held a ‘virtual Christmas Party’ on Zoom with members paying £6. ‘Bridge and a Quiz’ were played virtually on Zoom, with Tea (or alcohol) and mince pies ‘enjoyed in solitary confinement’ in each player’s home!  Some members used the ‘RealBridge’ platform, where they were able to see and speak to their partner and their bridge opponents … and to wear ‘funny hats’ to get into the Christmas spirit!

‘We are always very happy to support organisations such as Lymington Hospital Friends as our members are beneficiaries of the hospital’s valuable work in the community. We only have a relatively small membership of 152 from the town and surrounding areas but we like to make small contributions where we can as well as enjoying playing bridge along the way!”.

“We really appreciate support from local clubs and societies to help us to raise money to regularly support the work of Lymington Hospital and improve patient care.

What an ingenious way to keep playing bridge during lockdown, you look like you had fun keeping the club going with online challenges.

A big thank you to Chrissy and all Lymington Bridge Club’s members for their contributions, we hope you will soon be playing around the card tables again soon.

We hope you will become friends of the hospital to receive our newsletter too”. 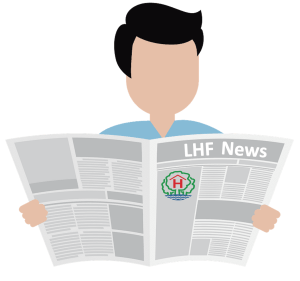 We work closely with the hospital to improve the care and wellbeing of patients, above and beyond what the NHS can fund and provide, with invaluable support from fundraising with local people and businesses.

Page load link
We use cookies on our website to give you the most relevant experience by remembering your preferences and repeat visits. By clicking “Accept All”, you consent to the use of ALL the cookies. However, you may visit "Cookie Settings" to provide a controlled consent.
Cookie SettingsReject AllAccept All
Consent

This website uses cookies to improve your experience while you navigate through the website. Out of these, the cookies that are categorized as necessary are stored on your browser as they are essential for the working of basic functionalities of the website. We also use third-party cookies that help us analyze and understand how you use this website. These cookies will be stored in your browser only with your consent. You also have the option to opt-out of these cookies. But opting out of some of these cookies may affect your browsing experience.
Necessary Always Enabled
Necessary cookies are absolutely essential for the website to function properly. These cookies ensure basic functionalities and security features of the website, anonymously.
Functional
Functional cookies help to perform certain functionalities like sharing the content of the website on social media platforms, collect feedbacks, and other third-party features.
Analytics
Analytical cookies are used to understand how visitors interact with the website. These cookies help provide information on metrics the number of visitors, bounce rate, traffic source, etc.
Advertisement
Advertisement cookies are used to provide visitors with relevant ads and marketing campaigns. These cookies track visitors across websites and collect information to provide customized ads.
Go to Top